Hello, podcasters!
We're happy to announce that you can now send a memo to your listeners on Castbox, as shown in the screenshot below. 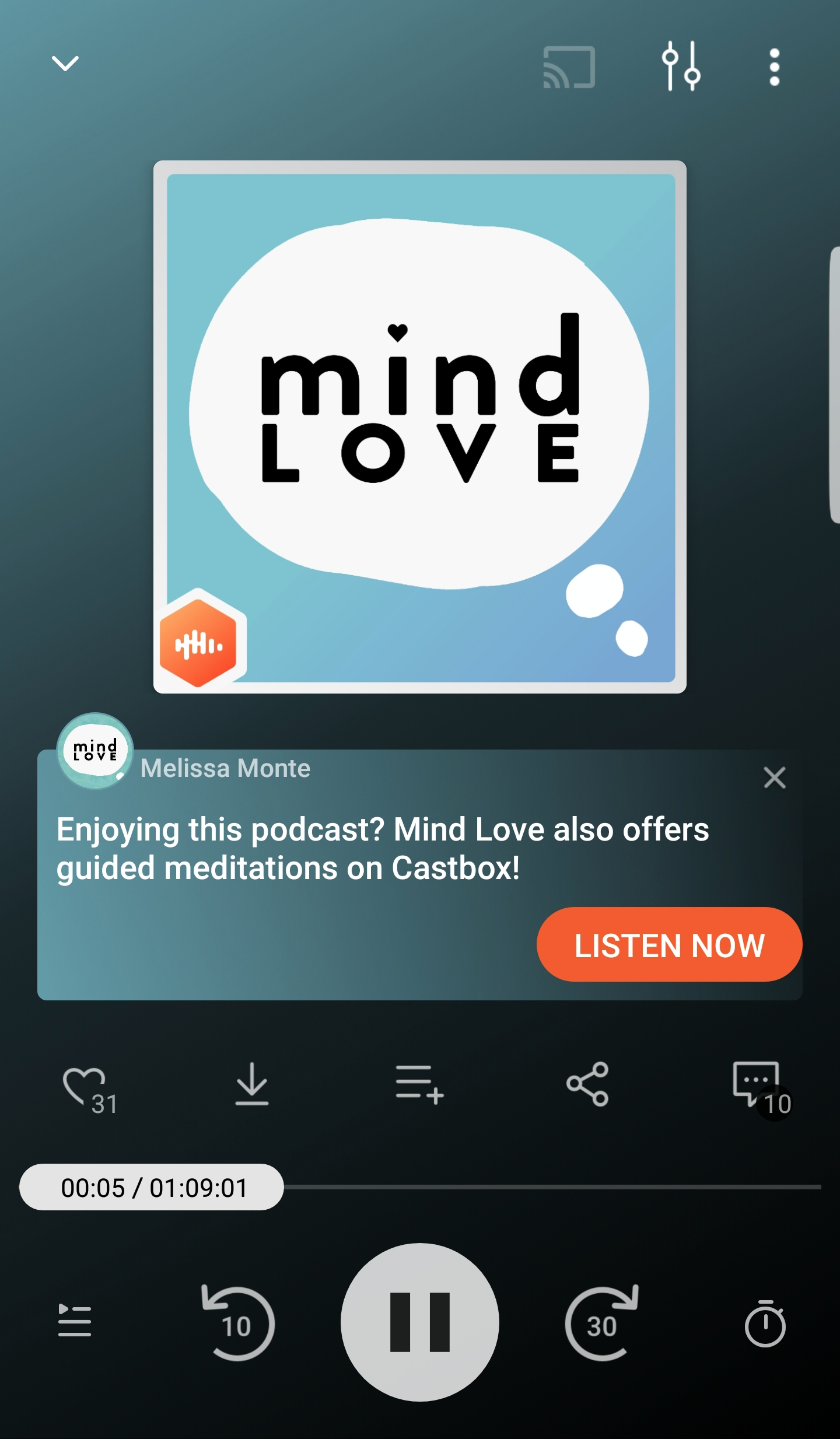 Use Cases for Creator's Memo

How to enable Creator's Memo (beta) in Creator Studio?

To enable this feature, please first claim ownership of your podcast and then contact podcaster@castbox.fm. Once enabled, it will appear on the left panel in your Creator Studio. 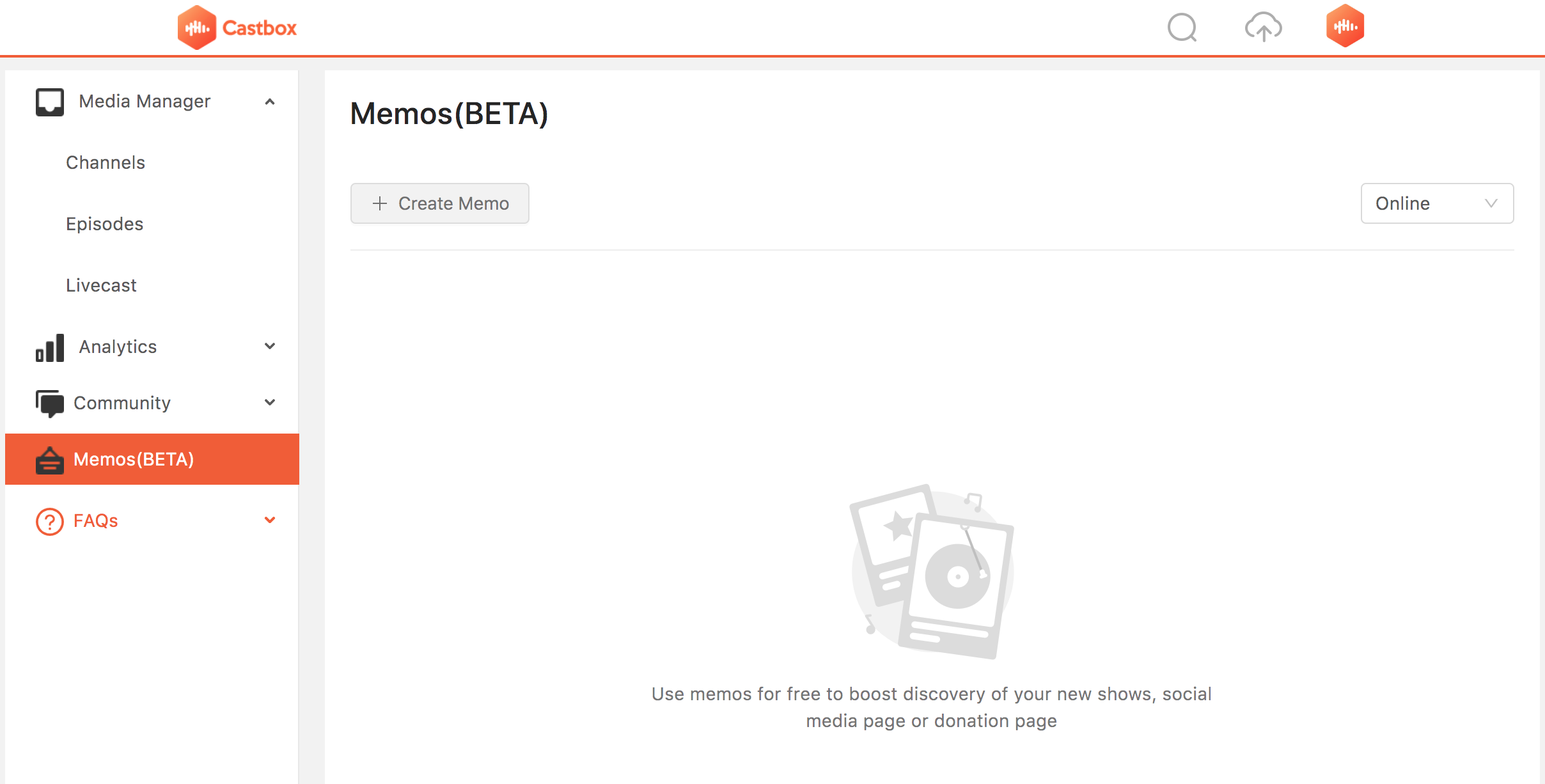 How to create a memo?

Before creating a memo, please note that your account must be associated with at least one channel that either you created or claimed on Castbox.
To start, click the "Create Memo" button.  A window will pop out.
No worries. We will explain everything and go through the steps to create a memo.

A memo attached to specific episodes is an episode memo. It will be displayed only on the episodes that you specified while creating the memo.

An episode memo will overwrite a channel memo.
Therefore, you are able to create a generic channel memo, and then create some episode memos to show the highlights of these episodes.

Steps to Create a Memo 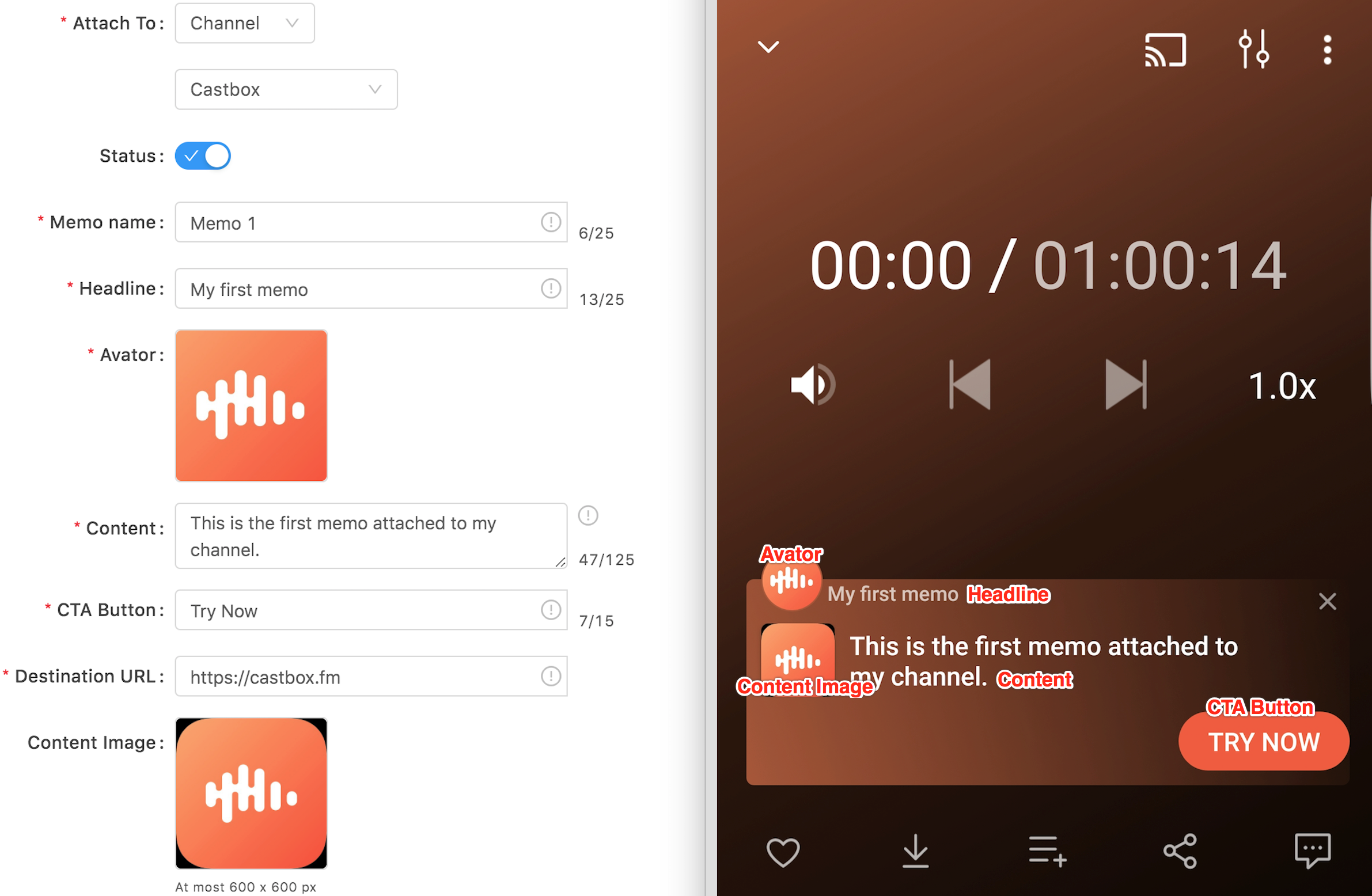 After submitting the memo, it will be displayed in the memo management panel. You can preview the memo by unfolding it. Memos that you deleted or turned off while creating could be found by clicking the drop-down menu on the top right corner.
Feel free to contact podcaster@castbox.fm if you have any questions. 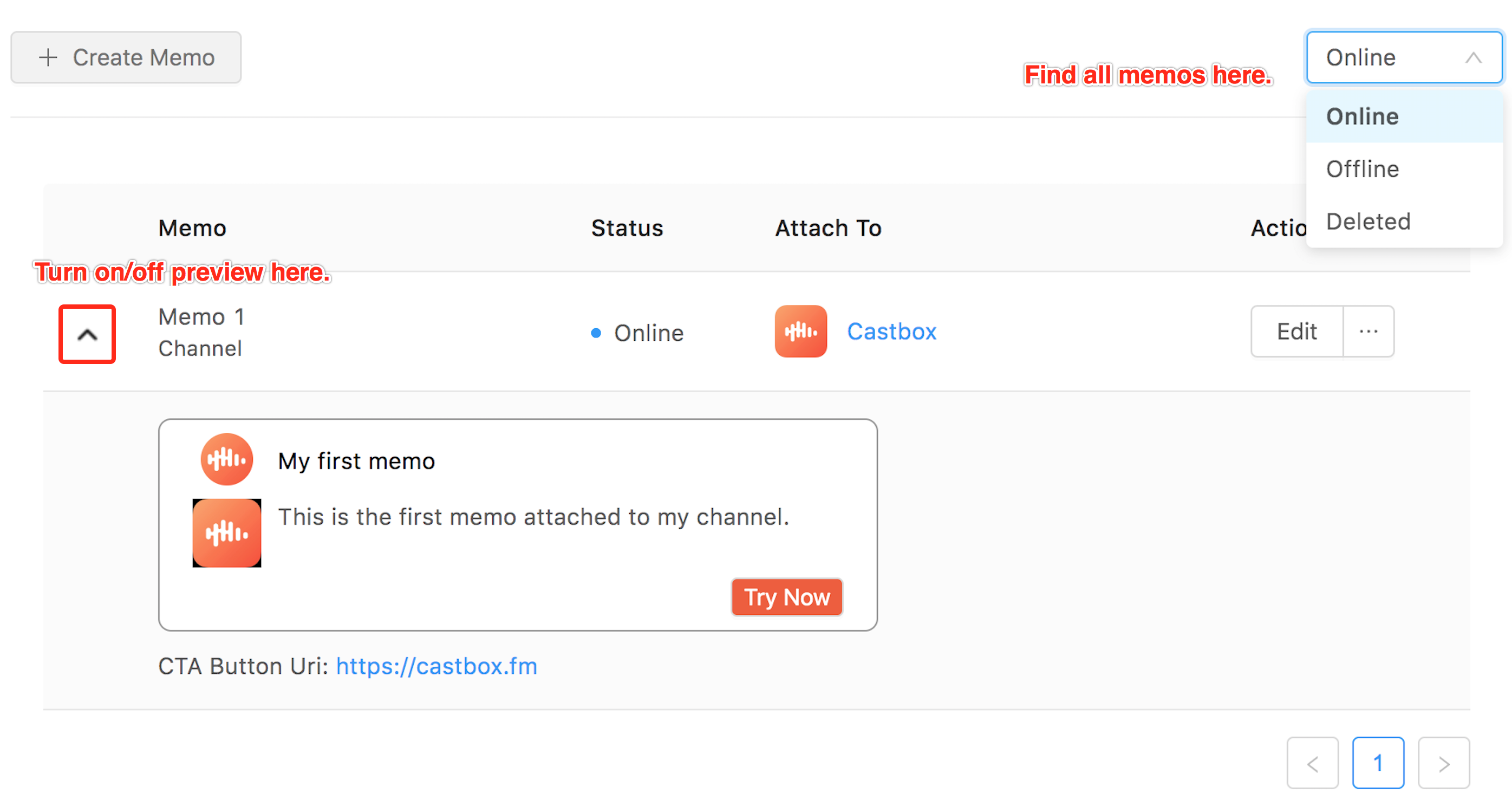